Thanos Antoniou - The voice inside my head

Welcome! My name is Thanos and I am striving to make you laugh and think. Preferably in that order. Who am I kidding? Most probably you have not even read this paragraph as a whole. Too bad for you I guess because I was going to share all my wisdom and untamed creativity with you in the following lines. But now you have ruined everything. *sips from his glass of wine* YOU HAVE RUINED EVERYTHING...

Get me home Scotty

« The perks of being erroreously perceived by others | Main | Life is what happens... »

I have an embarrassing army story.

Back in my military service days, my superiors sent me on a 2-week combat training in a base in the middle of nowhere. The closest town was 1 hour away.

When I arrived in the host base I started unpacking my stuff from my military sack.

I remember that I had used an ingenious packing method. I categorized all my military garments in separate plastic bags. Like this, I could prepare faster for the inspections in the mornings by grabbing a clean piece of cloth from each bag.

I took out the bags with the camo trousers, the military shirts and my winter military socks. I put them in my locker.

Then I searched for the bag with my underwear but the bag I found felt weird and lumpy. I untied the bag and I opened it and my jaw dropped.

All I could see was 15 pairs of summer military socks.

I had left the bag with my underwear in my home base and I had 1 pair of underwear. The one I was wearing already. 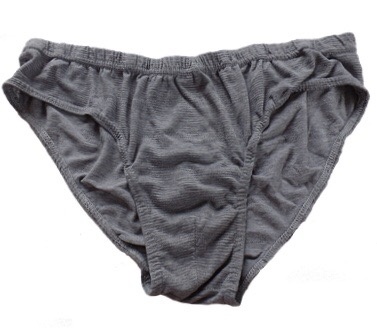 Life without me stinks, bro….

I drag one of my comrade-in-arms that I knew from before to the side. I was red-faced and I was mumbling but I still attempted the question.

Thanos: Dude, I have kind of an issue. I am desperate. I forgot my underwear back in the home-base. I was wondering if…. ah… do you have any spare ones?

Comrade: Aaaa… Do you want to borrow my underwear?

Thanos: Well, you can lend me a couple of pairs and I will return them to you after the combat camp. Clean and fresh of course.

Comrade: Thanos, I am trying to be helpful over here, but I am 10 kgs lighter than you. And I barely have enough pairs of slips for me to go through the two weeks. You have lucked out.

I was thunderstruck and helpless. He was my best chance of not becoming the laughing stock among the other trainees. And there was no chance in hell that I would risk asking out loud for underwear from the 20 other strangers I was sharing a room with.

5 days later we got our first evening out from the army base and I bought a dozen of boxers when we arrived in the town.

It was even more embarrassing because my friend knew that I was wearing the same underwear for 5 days full of trainings and hiking.

Peace and Tranquility from the voice inside my head.
Receive a post daily

The comments to this entry are closed.

What? Did you expect me to write a small intro or something? Go and see if I care.
|| Some people say that I am grossly hilarious. I am not sure if it is meant as a compliment. || The posts are coming from the voice inside my head and I write only my own ideas and opinions. || Stay tuned for the ride. Or not. I am not your mother.

You can also reach me here