Thanos Antoniou - The voice inside my head

Welcome! My name is Thanos and I am striving to make you laugh and think. Preferably in that order. Who am I kidding? Most probably you have not even read this paragraph as a whole. Too bad for you I guess because I was going to share all my wisdom and untamed creativity with you in the following lines. But now you have ruined everything. *sips from his glass of wine* YOU HAVE RUINED EVERYTHING...

Get me home Scotty

« Surprise | Main | The life of a Business Controller »

I grew up in much simpler times. We were running and playing on the streets and we could stay out late without any supervision from grown-ups. I developed a few grams of exploratory spirit and acquired multiple scars on my knees and arms from those days.

However, around my junior high school the whole “stranger-danger” trend started picking on. An incident here and there were enough to create an outrageous contagion effect among parents. We were told to not talk to anyone and to run away screaming from people trying to approach us with candy or any other kind of treats. We were getting quarantined for own safety.

My father was driving me and my sisters to the school everyday. We were living in the outskirts of my hometown and it was a good 10–12-kilometers ride, of which the first 3–4 kilometers were through a small hill by the seaside. I made it sound as a pleasant drive by the beach, but it was nothing like that. Imagine it a little bit more like a winding road, 5–10 meters from sea level with not pavements, bad lighting and stray dogs infesting the area. For someone driving the car was a very bad road. For someone walking on it, it could have been nightmare-ish to clear the whole distance. 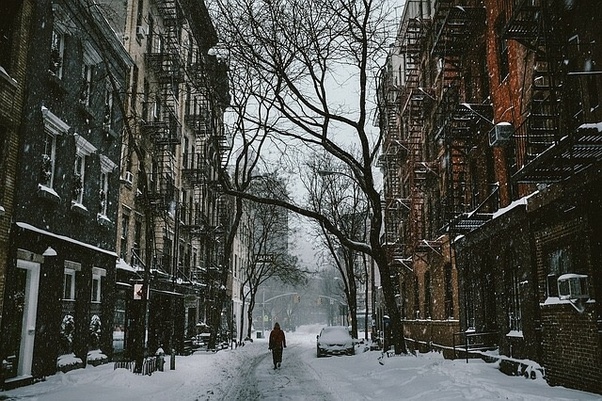 You have got to love this this winter weather.

One winter rainy morning, as we were passing through that road, we noticed a dark figure walking by the side of the road. My father, exercising his lighting speed reflects, immediately stops and asks the person through the window:

My father: Hello, where are you heading?

Stranger: Hello, young man. Just heading towards the bus stop to take the bus to the town.

My father: I driving my children to their school. We can help you to the city center if that helps.

The stranger’s smile lit up and her eyes grew wide. She opened the door and we continued our drive.

For the first time, I could see her facial characteristics. It was a very wrinkly and old-looking grandma who was wearing multiple layers of clothes and scarfs (but no umbrella) to keep herself warm -as much as she could- in order to go to the town to cash out her pension and to buy some groceries. Her children could not drive her to the town these days so she had to take the initiative to walk through that awful part of the road and to wait a good 30–40 minutes for the bus.

I was very baffled by my fathers behavior. He took no precautions. He did not check the persons credentials and he just left her in our car.

A few minutes later he left her, literally, meters away from the bank she was intending to go. She thanked us at least 15 times and she left with an even greater smile in her face and a very energetic pace.

He was just humane and he helped another human who was going to have a really crappy day.

I still remember how I greeted him when we reached my school 10 minutes later.

Younger Thanos: Hey dad. See you in the evening.

My father: Bye. Have a good one son.

Younger Thanos: You are much cooler that I though you were.

Peace and Tranquility from the voice inside my head.
Receive a post daily

Posted at 10:09 AM in Everyday Skepticism | Permalink

The comments to this entry are closed.

What? Did you expect me to write a small intro or something? Go and see if I care.
|| Some people say that I am grossly hilarious. I am not sure if it is meant as a compliment. || The posts are coming from the voice inside my head and I write only my own ideas and opinions. || Stay tuned for the ride. Or not. I am not your mother.

You can also reach me here